REALISTIC AND PRACTICAL WAYS TO ESCAPE THE RAT RACE 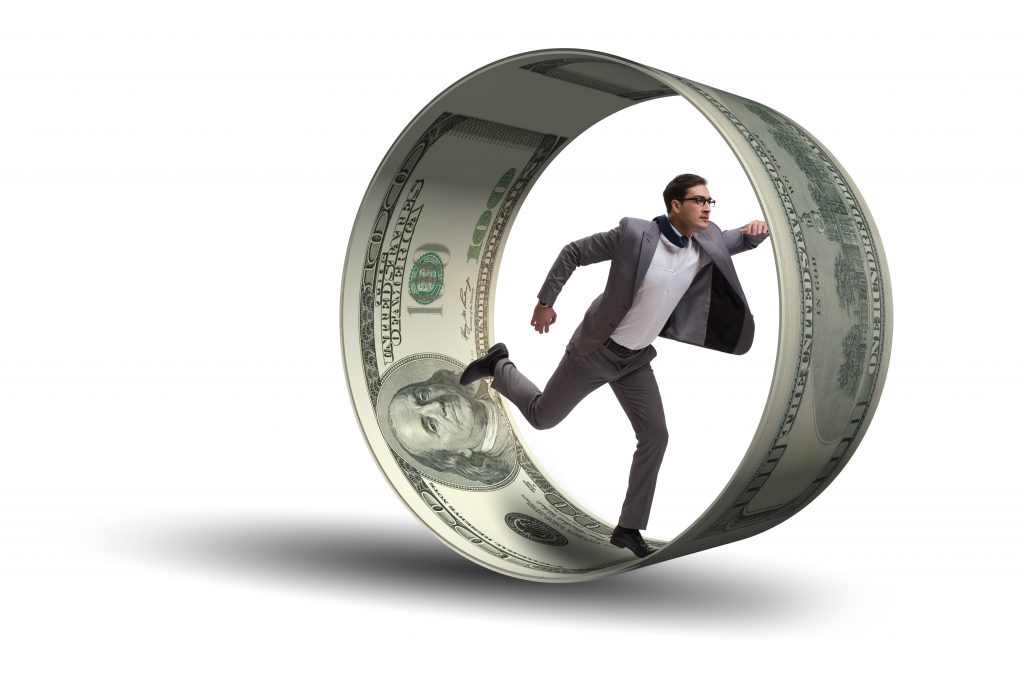 This is mainly for the person who is ready to live their best life. If you're tired of the stress and you wish to live without restrictions, then this is specially drafted for you.

This is mainly for the person who is ready to live their best life. If you’re tired of the stress and you wish to live without restrictions, then this is specially drafted for you. If you are determined about getting out of the rat race, I’m going to firstly help you understand the reason you are stuck in the rat race and give you realistic and brief ways to get out of the rat race in no time.

Do you realize everyone is uncomfortable in the rat race, but very few people leave it? The reason is simple and not farfetched.

We were trained to think and behave like rats.

You might be wondering who trained us and where we were trained. To prevent a long history lesson, the simple answer is school. In the name of “traditional education,” they taught us to be rats and to identify our cage. We are encouraged to stay on the wheel and stay running forever. This same system taught those before us to be rats as well; our parents and their parents all got this same training. That is where our friends and probably the future generation will get this training as well. The school is specially designed to keep us in our cage and running in circles which only ends when we die. The school has nothing innovative or new to teach. The curriculum is all about how to get us to be obedient little rats.

The fantastic thing about our world today is the internet, which allows us to learn everything they have refused to teach in school. You have access to blogs like this that gives you real-life lessons which empowers you to get off the silly race society tries to stick us in. Now, let’s get to the main point and discuss how to get off the tracks.

Taking back control of your finances is the most basic and easiest way to get out of the rat race. The first step is to quit buying things that are not necessary and control cash flow.

It is usually easier for higher earners to save up and cut back on expenses. Low earners have to make more effort to save, but it is all about percentage for both classes of people.

The primary point is you would have to take drastic steps and do some things you might not be very comfortable with.

After effecting these two things, you can swiftly move to step two.

STEP 2: Redefine your relationship with money

There is a distinctive difference in how people handle money and how they relate to it. You can tell a wealthy person from a poor person simply by how they view money. Broke people tend to be protective of their money when it comes to investment but spend recklessly on every other depreciative item. Sometimes they go as far as obtaining bank loans and borrowing to get unnecessary liabilities like the latest cars or phones. You should also note that most people in this category have little or no knowledge of how money works and how to create wealth. When you earn 2,000 dollars a month, and you spend 3,000 dollars every month, you are merely accumulating debt.

There is also a different kind of broke, those that are not broke but are just average. They are not hugely successful but are usually mediocre and merely average. They invest in the supposedly secure investment vehicles that yield minimal returns. Rich and successful however use a different approach. They make their money work for them by making use of growth engines like actively trading forex, futures, or stocks. They also understand the difference between an asset and a liability. The primary goal of this step is to change your orientation towards money and start to view it in a new light. You should see money as a tool that must be put to work and as something abundant and available to you.

Since you have coordinated your finances and you have equipped yourself with the right knowledge about money, now it’s time to talk about your income and be real with it. There is a term known as income ceiling, if you are trading time for money your income ceiling will be low, except you are already extremely successful.

Your time is extremely limited. You have just 24 hours in a day, and more than half of it goes to sleeping, cooking, eating and relaxing with family and friends which means you have about 10 hours left for work or less. It doesn’t matter how much your time is worth to your company, even if it is as high as $50, you still have a significant limit on your income.

Another factor to consider is the fact that you don’t get raises or bonuses regularly, so there is no extra income. You most times have to wait for years before you get a single promotion. It will be difficult and probably impossible for you to get ahead by trading your time. You need to find a different avenue that can generate income for you without you necessarily working by the hour. The best and most profitable way to make that happen is to start investing in getting yourself educated about trading forex, futures, and stocks. The traditional rigid entrepreneurship route does not offer so much freedom, and it is quite capital intensive and risky with excessive competitions.

Trading professionally, however, has a minimal risk which can easily be well managed. Trading the financial market doesn’t involve as much capital as most other businesses, and it offers the freedom of movement because you can work from anywhere in the world and even on the go. It doesn’t restrict your movement at all.

Even if you don’t plan to leave your current job, our Supply and Demand trading strategy works and fits for various and different individual needs. You can even control and create wealth for your retirement using our “set, forget, and get a life” strategy.

STEP 4: Equip your money and make it work for you

This is the most important one yet.

Although the school doesn’t teach about how to save and invest in the trading arena, due to the information available, kids know this, and they grow up considering it as an option but what kids never hear about is how to make your money work for you.

There is a constant absence of useful advice, and the available information will not get you out of the rat race because most investments that are usually referred to as good investments are mainly for the long-term retirement plan type of investment.

Implementing step 3 might get you out of the rat race, but the speed depends on how much you have to trade with. The main point here is to make 30% more than is needed to maintain your current standard of living. If you can achieve this and stay dedicated to it, it will ensure three things:

Once you start making that extra money, you can now divert it into creating a wealthy bucket. Compound interest is part of the most basic and essential principles of money management. If more people had accurate knowledge about this, there would be a lesser rate of poverty and reliance on social security after retirement. It is not a money-doubling scheme, but the principle of compound effect will double the money invested over a specific period. There is a mathematical equation that tells us exactly what that amount of time would be. It is called the “Rule of 72.”

There is a parable of the Mexican fisherman, and it perfectly explains this last point. It is quite possible for you to make hundreds or thousands of dollars in a month and still be in the rat race, this is very much possible if you keep raising your standard of living every time you get an increase. If you continue spending on unnecessary liabilities, you’ll be stuck in the rat race no matter how much you earn. The parable of the Mexican fisherman perfectly explains it.

You might wonder what this has to do about your relationship with money, but this is how people make thousands or millions and still keep themselves in the rat race instead of relaxing. They simply keep pushing. You might reason that they can get out whenever they want to, but the fact is that so many seemingly rich people are overstretched and over-leveraged.

Do you believe it is possible for you to get out of the rat race?

To get out of the rat race requires you to believe in yourself that you can and not being stuck in your old ways. It requires a lot of patience as well as prompt action. Go back to step one and start executing steadily, but you must also keep an open mind. If you require any guidance during your journey, all you need do is to reach out, and I’ll be glad to help. 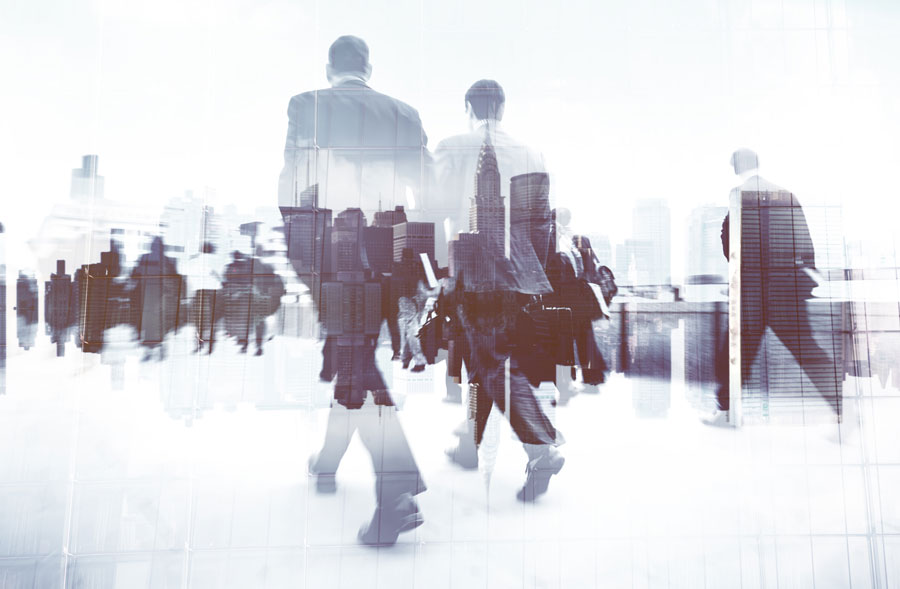 Why the corporate world isn’t working for most people

Lunch breaks, the time we get to ponder over our choice of career and why we are at a job we no longer feel good about. We start to wonder about things like, why does it feel like our job is suffocating us? Why do we feel so unfulfilled?

Realistic and practical ways to escape the rat race

This is mainly for the person who is ready to live their best life. If you’re tired of the stress and you wish to live without restrictions, then this is specially drafted for you.